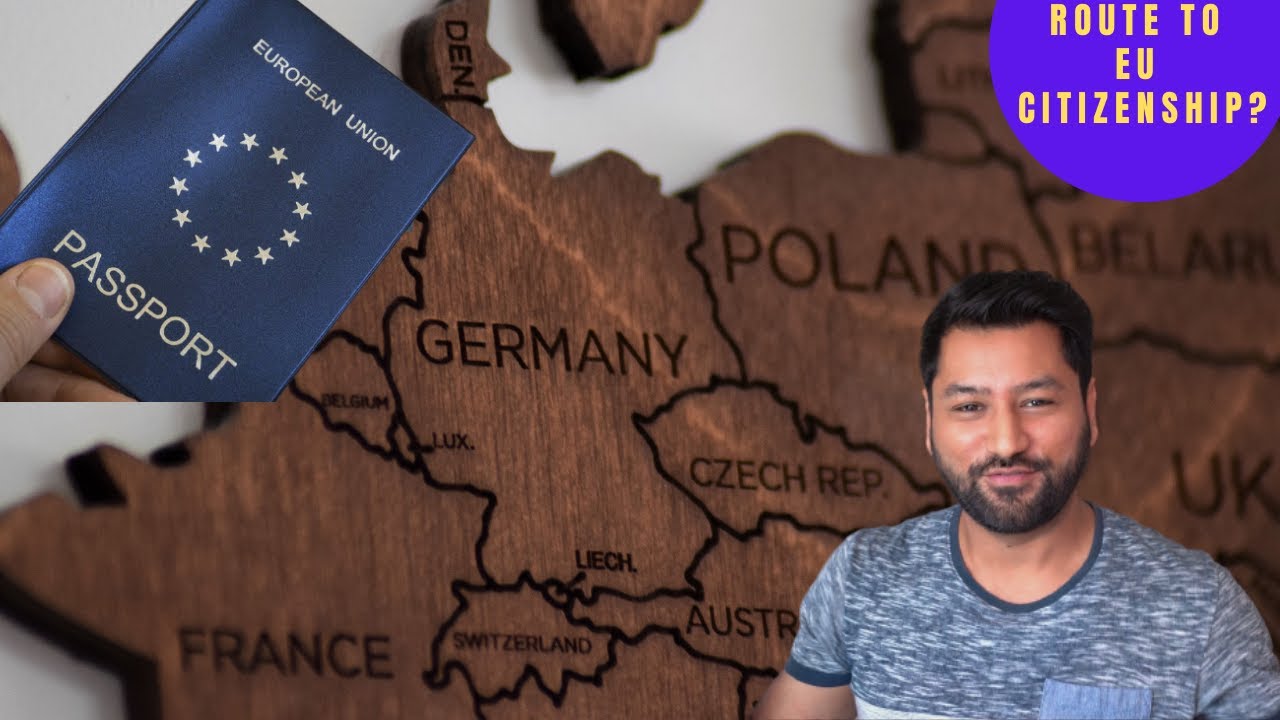 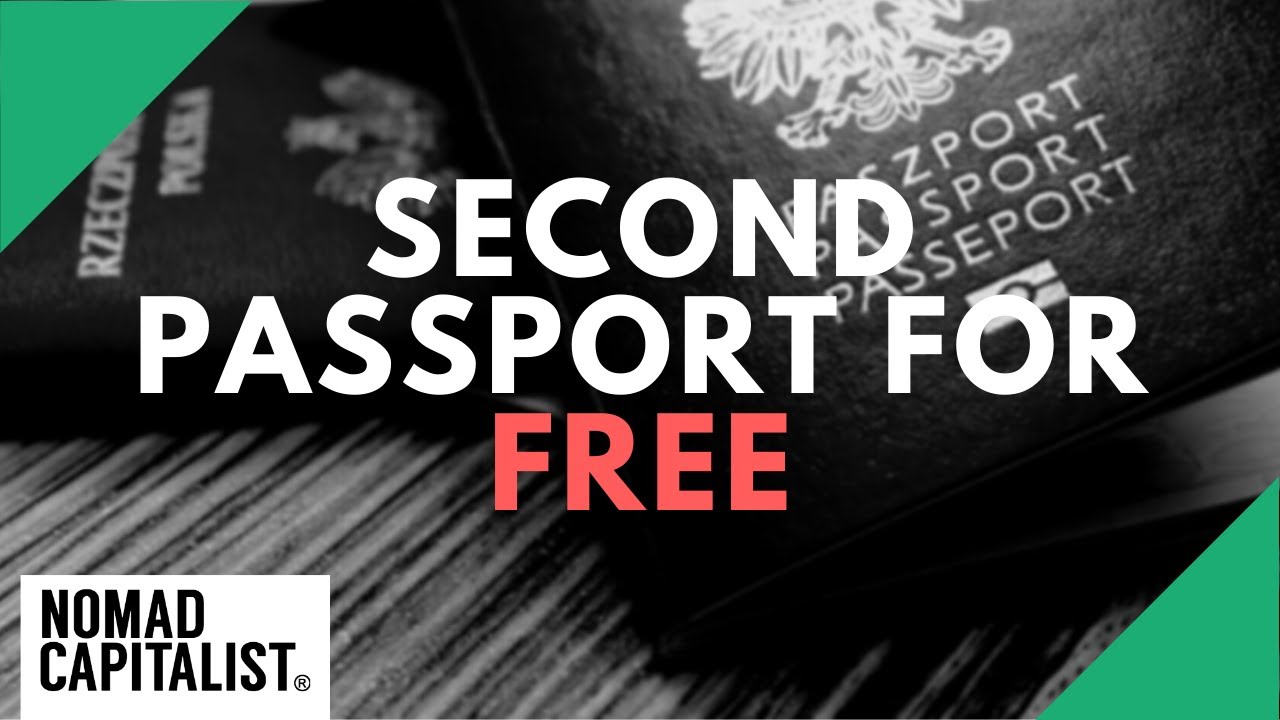 The sustained migration of peoples, especially the essential human assets from the African continent in general and Nigeria in particular to other African nations, Europe, Asia and the Americas to seek asylum for enhanced opportunities in recent times ought to be a real source of concern to any responsible governments, businesses and the citizenry at large.

Although, the International Organisation for Migration (IOM) has divided international migrants into two groups: those who migrate of their own free will, leaving for study, work or to join their families, repression or natural disaster. Yet, the two categories have rapidly become interdependent because of their fairly interrelated motive of searching for "better employment opportunities" abroad, while contributing a great deal to the success of other economies outside theirs.

However, this objectionable trend invariably, becomes more worrisome in connection with wide-ranging effects of such massive movements abroad on the nation's socio-economic, political, educational, and human capital growth and development on the country's economic fortune.

Also, it's has been observed that as a result of the continued but unwelcome evil of maladministration in the country, the overwhelming adverse effects of this evident lapse are real in decayed infrastructure, acute brain drain syndrome, low capacity utilisation Slovenian Citizenship in the local industries, low productivity, collapse of societal value system, systemic mediocrity in national affairs, widespread youth unemployment, armed banditry, kidnapping, deepening despair among other debilitating vices. Scores of Nigerians, old and young, are daily impelled to explore all manner of travel arrangements, legal and illegal, to leave the Nigerian shores for other countries at all costs.

Expressing his concern over the approach many Africans, including Nigerians, are migrating abroad in search of the proverbial Golden Fleece, Nigerian-born, United States-based Phillip Emeagwali, in his article titled: "Africa: Out-of-the-Box Thinking in an In-the-Box World", years back, warns thus: "If ideas are indeed capital, then Africa should stem its brain drain and promote the African Renaissance, which will lead to the rebirth of the continent. After all, a renaissance is a rebirth of ideas. And knowledge and ideas are the engines that drive economic growth."

Following what many have described as the aftermath of sheer frustration in the system, forcing many to migrate to foreign lands, such a desperate move to leave the country by particularly illegal immigrants by land or air, has no doubt led to horrendous experiences and consequences.

For most of such relentless illegal migrants who have continued to embark on an adventure to Eldorado at the risk of their lives in sometimes dehumanising conditions, while making frantic attempts at crossing over to foreign lands through the bottom of a ship's hold, aircraft's under carriage, or in the cold of refrigerated lorries.

Unfortunately, many have perished on journeys between the African continent and Europe as capsized launches and bodies of migrants are reportedly ripped in pieces by sharks. Some who, perhaps by providence, have survived long, tedious journeys through the deserts, having journeyed from Nigeria through especially Niger Republic to Libya or Morocco, have come back to relive their heart-rending, near-death experiences in the dusty and chilly deserts.

And, for most Nigerians who have made it to foreign lands perhaps illegally, it is, therefore, no longer news that in virtually every fortnight these days, batches of Nigerian deportees are airlifted back home from abroad, having allegedly committed offences ranging from criminality, prostitution, street fighting, hooliganism, human trafficking, drug trafficking, and forged travel papers among others.

Granted, a good number of Nigerians who even legitimately migrated to other countries on the African continent have had it heavy-going in recent times. A very handy instance is the latest unpalatable experiences of most Nigerian resident in Egypt, Libya and Cote d'Ivoire at the hands of armed forces loyal to discredited administrations in these countries.

Their lamentations of suffering and neglect upon their arrival, especially at the Murtala Muhammed International Airport, Lagos, indeed, should be a food for thought for the Nigerian leaders to get things right at home. Many of such Nigerians had wished they had not even left the country for such politically unstable nations in search of the proverbial "Golden Fleece". Many regrettably have lost all they have laboured for to the pandemonium in the troubled regions.

The persistent migration, invariably, is stripping Nigeria of the cream of its society, as most Romanian Citizenship migrants are usually regarded as the nation's most energetic, go-getting and entrepreneurial citizens. Now the phenomenon of brain drain is being experienced in all the sectors of the nation's economy.

Many students who genuinely travelled to receive education overseas have refused to return home in order to help in deploying their acquired skills in different fields of human endeavours for the good of the country because of the comparatively harsh economic environment in their fatherland.

Now, how do Nigeria and other African nations encourage their citizenry who are professionals in diverse sectors to come back home to assist in lifting the Black continent out of festering poverty? Emeagwali, again, grieves over the fate of the continent, as he said: "When African men and women of ideas, who will give birth to new ideas, have fled to Europe and the United States, then the so-called African Renaissance cannot occur in Africa. It can only occur in Paris, London and New York. There are more Soukous musicians in Paris, than in Kinshasha; more African professional soccer players in Europe, than in Africa. African literature is more at home abroad than it is in Africa."

"Africans in Europe are alleviating poverty in Europe, not in Africa. Until the men and women of ideas -the true healers of Africa- start returning home, the African Renaissance and poverty alleviation will remain empty slogans," he further declared.

That is not to mention thousands of Nigerian medical doctors, information and communication technology professionals, and professors to mention a few, making waves in foreign lands, just as their fatherland continues to suffer under the deadweight of bad governance, corruption, armed robbery, ineptitude, mediocrity, and rising cases of kidnapping, a hitherto nebulous criminal act now threatening the social fabric of the nation.

While appreciating the beauty of sojourning abroad and making a good Apply for citizenship online living there, Gbenga Badejo, sounding like a prophet in his article, "Six Things Africans Living Abroad Must Note!" sometime ago stated that though his was not an attempt at scare-mongering, it is important that Africans who live abroad ponder on certain thought-provoking questions and get motivated to rebuild their home countries.

He had asked such critical questions as: "What if Africans or most immigrants for that matter are repatriated en masse back to Africa? What if EU (European Union) enlargement means mass unemployment for How to apply for citizenship African immigrants in Europe? What if citizenship is redefined and differentiation introduced even to Western-born citizens? In the event of any of the above scenario, what will be the fate of children of Africans abroad, many of whom have little knowledge of their ethnic origin let alone speak or understand the language?"

Thus, how can such Nigerians already resident abroad but willing to come back home to join forces with their fellow country men and women at home to uplift the fortune of the people and make marked improvement in key human development indices? How about measures at encouraging more Nigerians striving daily to jet out of the country at the slightest opportunity and bid the nation so long until God knows when to reconsider their decision?

The clear propensity for both legal and illegal migration among a huge number of Nigerians today should serve as a strong wake-up call to the nation's leadership. This is in respect to institutionalising purposeful, values-based leadership, not only to formulate credible policies but also to institute people's oriented, poverty-alleviating programmes and projects that promise hope and a fresh face lift.

With much improved enlightenment programmes and people-engagement strategies, there is, indeed, no better time for particularly the Federal Ministries of Information and Communications, Culture and National Orientation, Foreign Affairs, and other related Government agencies to drive home the core message of the Re-branding Nigeria Project to the generality of the people at home and abroad than now, while bearing in mind that the image of nation still remains the beacon in the comity of nations.

It should be noted that that most Africans in general and Nigerians in particular are suffering predominantly because of the effects of identified dishonesty, corruption and greed in the character of the leadership and an unwillingness of the power brokers to improve the lot of the people.

This is the time for all to choose compliance with their conscience as against compliance with entrenched personal, egocentric interests in the nation's affairs. In this way, we can give posterity a chance to experience true humanism and improve our common good.

Freedom...Independence...these are wonderful things and mean a lot to all Americans. But those words often sound a little different to people who now have American citizenship but came from places where they did not have the kind of freedom and independence native-born Americans have enjoyed all their lives. Probably most baby boomers with post-WWII immigrant parents know something about the process at the time. Others often do not and are curious.

How did these people get here? Who paid for it? Did they all get welfare when they came? Do they let people in that could pass along diseases? I've been in the position of hearing all kinds of rumors about this and some of them a far cry from the truth.

The process, while it has a certain sameness, also seems to be constantly changing. In 1951 it was relatively easy for Dad to get on the list to potentially immigrate to the U.S. He was considered a displaced person, a DP. His homeland was Yugoslavia but he had been taken prisoner during the war and placed on a train to a POW camp in Germany. When the war ended, his homeland was now communist and he was given the option to return, remain in Germany or have his name added to waiting lists of potential immigrants allowed by quotas to relocate to other foreign countries. He had to have a job prior to the immigration to America. A church in the U.S. worked with employers and made arrangements sight unseen prior to his being able to depart Germany. Meanwhile, Mom had no such choices.

She was a German by birth who found her homeland area ceded to Poland after the war and then successfully escaped to West Germany. She met Dad there. Since she was a German by birth, she was not a displaced person. Immigration to the U.S. in 1951 was not an option for her. There was one exception: if she was married to someone that qualified for immigration to the U.S. by the rules of the time, she could also immigrate. Hence both of them immigrated to the U.S. in 1951 via a former American troop transport ship. Neither could board the ship until days after they passed extensive physical exams and questioning about their backgrounds and past associations. They had friends with two children that were rejected because one of their children was sick. The same church paid for the passage for both of them. Interestingly, all the male immigrants on the ship were required to work during the passage. The women were not. But that would be another discussion about the 1950's.

Other family members emigrated, and even escaped. Each has their own story.

As surprised as Americans may be sometimes by the habits and customs of immigrants, in the reverse position there can be considerable culture shock. But, like the majority of immigrants of that era and perhaps any era... Freedom... Independence... they are especially wonderful things to these naturalized citizens of America.